Politics in the world of Beyond the Shore is dominated by the two great colonial powers: The Empire and the Kingdom of Happsburg, both of which control territories throughout Europe, the Americas, Africa, Asia, and Oceania. Two other powers, the Nederlands-koloniale Rijk (the Dutch Republic) and the new nation known only as The Republic, also command significant maritime power. The three land-locked empires: Russia, Qing China, and the Ottoman Turks also command vast tracts of land, but lack any significant naval presence.

Known by no other name, The Empire (emphasis on the capitalized article) was founded in the year 1415, after the English conquest of France. In 1422, the self-proclaimed Emperor Prospero I (formerly King Henry V) had himself ritualistically drowned and has reigned unopposed for three centuries. Shortly after his drowning, the Emperor launched a vast naval campaign, raising all the might of England and France to sail half-way around the world to face the dark god Dormin. This campaign ended with Dormin being dismembered by the Emperor and imprisoned on a small, unmarked island in the South Pacific, and established The Empire’s unquestioned naval dominance. Under the consistent leadership of Emperor Prospero, The Empire launched an aggressive campaign of exploration and colonization: first retaking the Holy Land from the Turks, then the Carribean, most of North America, India, Burma, and large swaths of Africa.

The Kingdom of Hapsburg

The House of Hapsburg has controlled vast swathes of Europe since the 1200’s. Unlike the Empire, this ancient royal family follows strict Regere Vivorum (rule by the living), and careful breeding. With their numerous children and cadet branches marrying into the royal families of numerous European nations, they were finally able to unify most of Europe (excluding those lands controlled by The Empire) in 1516 under the rulership of the Spanish Hapsburgs.

Hapsburg holdings in Europe alone extend to Spain, Portugal, Naples, Milan, Hungary, Austria, Bohemia, Switzerland, Sardinia, Sicily, and previously the Netherlands (though the Dutch overthrew the monarchy in 1543 to found the Dutch Republic). The Hapsburg strength as a naval power began in 1476, with the conquest of the Gold Coast in the Gulf of Guinea, and subsequent expansion into Africa and the surrounding islands. In the 1490s, they established the first permanent European colonies in the Americas with their conquest of the Aztec and Incan Empires.

The Kingdom of Hapsburg has long feuded with The Empire over territory, culminating in war from 1585 to 1604 — mostly because their favorite tactic of political maneuvering (i.e. marriage) was useless when dealing with the Undying Emperor. After the tragic loss of two entire armadas when attempting to invade England in 1596 and 1597, the Hapsburgs were forced to capitulate the war. Since then, most conflict between the two nations has taken the form of privateering, with numerous letters of marque being issued on both sides to “semi-legalize” piracy against ships of the opposing Empire.

The Republic (emphasis on the capitalized article), sometimes known as the Republic of Pirates or the Republic of the West Indies, is a small nation, based in the Caribbean with its capital in Nassau, Bahamas. Despite the very small amount of land controlled by The Republic, it has vast maritime power, rivaling even The Empire and the Hapsburgs, and preying on them both. Rumors state that the small Republic may be able to field as many as a thousand ships should they choose to engage in open warfare. To the other major powers of the world, all citizens of The Republic are considered hostis humani generis (enemies of all mankind). Rumors abound that the notorious Puritan political agitator and Imperial exile Oliver Cromwell settled in Nassau after he fled his defeat in England and that this whole Republic thing is actually his idea, and thus, by proxy, a nefarious Puritan plot.

The Republic has one of the strangest political systems in the world, being the only nation with no central, hereditary leader. The Republic is ruled by the “Council of Free Captains”. Members of the Council must be the captain of their own ship and must hold their captaincy by democratic election via the popular vote of their shipmates. The Council meets twice annually and a ‘Free Captain’ represents the interests of his crew, and is also given the governorship of one of The Republic’s many islands (or portion of an island in the case of larger landmasses like Puerto Rico or Jamaica). A Councilman who is voted out of his captaincy similarly loses his status on the council and governorship. The Council of Free Captains is headed by a ‘Magistrate’, elected by vote of the Council from within their number to enforce ‘law and order’ as he sees fit. The current Magistrate is Captain Kerdak ‘Bonefist’.

With the constant bickering between The Empire and the Hapsburgs, numerous letters of marque are issued and rescinded each year. As captains lose their official support from the great empires, many of them choose to ignore their orders to stand down and thus eventually find their way to The Republic, further bolstering its strength despite the efforts of the great powers.

The Earth of Beyond the Shore is a humanocentric world. All manner of supernatural fantasy races exist, but the humans of the world are mostly unaware of this. In fact, many of those same fantasy races are likewise unaware that they are anything other than human. In general, skin tone and national identity matter much more than species.

The Fae: Not to be confused with the Fey creature type, all non-humans, whether Elves or Gnomes, Goblins or Demon-spawn, fall into the broad category of the “Fae”. All Fae can trace their ancestry to the otherworldly realm of Faerie, a plane of existence parallel and coterminous with our own. The borders between the two worlds are permeable, but only in certain places or under certain conditions. Over the centuries, numerous types of Fae have migrated to Earth, and have integrated themselves with humans of all nationalities.

The Glamour: Fae that enter the mortal realm find that, regardless of the form they took in Faerie, all look human thanks to a power known as The Glamour. Whether viewed by others or even viewing their own reflection, no power short of a True Seeing spell or similar magic can penetrate this guise. The glamour almost always causes them to appear like the humans indigenous to the area in which they first appeared — thus orcish slaves taken from Africa are indistinguishable from humans of African descent.

Over the generations many Fae clans have become convinced that they are nothing more than what they appear to be. Fae born in the mortal realm often have no idea that they are anything other than human until they begin to exhibit unusual abilities — most commonly the ability to see in the dark or an unusually long lifespan. Fae born in Faerie that migrate to the mortal realm sometimes retain one or two minor traits reflective of their unusual heritage: such as strangely coloured eyes, a tail, or unusual build or stature.

The Collossi: Though humanoid in shape, these massive creatures are neither human nor Fae, and the mortal enemies of both. The Colossi tower at least ten feet in height (and often much, much larger) and adapted to a wide range of environment. Alternately called giants, anakim, or shadow-spawn, all Colossi possess the indwelling spirit of Dormin, the dark god who rules over the unknown void to which the dead are destined to go.

The Drowned: All beings die, and, when they die their are only two options: Rot or Drown (or so people say). Any human or Fae that perishes while submerged in the strange waters of the world will return as one of the Drowned. The only intelligent beings that do not become one of these undead are those poor souls who breath their last breath on land and the Colossi. The Drowned appear as walking corpses, typically skeletal, but sometimes with flesh still clinging to their bones.

The Drowned have existed for time immemorial. Despite their undead nature, most people in the world treat the Drowned just as any other beings. Within the Empire, the Drowned are given the full rights and privileges of living citizens. Everyone grows up around these walking corpses, and many children have Drowned caretakers: a deceased grandparent or sleepless nanny. In fact, the only dead truly pitied are those that do not make it to water before they perish, and therefore never pass into the afterlife as one of the Drowned. Only pirates and sailors, because they live so close to the sea, fear becoming one of the Drowned.

While the “uncivilized” peoples (as the Empire views them) may have their own religions, the people of Europe and its colonies recognize the existence of only two religions.

Catholic churches and temples are never dedicated to a single deity, but are rather filled with shrines to many gods—typically any and all that the builders of the edifice had knowledge of, and often with space set aside for as-yet-unknown gods. There are gods representing every minute aspect of life. There may be both a god of persimmon trees and a god of rotting persimmon fruit, gods of men who lust after elven maids, and gods of men who lust after elven males. No portfolio is too petty or too specific for there to be a god to oversee it.

The central tenet of the Catholic faith is that no one god has significant power to demand worship. While all gods are able to grant spells and perform miracles within their portfolios, none of the gods worshiped by the Catholics has the power to grant spells to more than a single individual priest at a time. Thus, while each Catholic priest devotes himself to a single deity from within the expansive pantheon, all of the lay worshipers are expected to pray to any and all gods as needed. To claim to worship a single god is the height of blasphemy for the Catholics.

Puritanism: The one exception to this general pantheism of the Catholic church is Dormin, the god-king of the Colossi. Dormin is the only god of any significant power (by traditional D&D standards), and is the only god able to grant his priests the ability to raise the dead—and, indeed, the only god powerful enough to have more than one divine spellcaster in his service. Dormin’s faithful are monotheistic, seeing all other gods and their priests as beneath them (which is true). Similarly all other priests (and the vast majority of the common folk) view Dormin as the ultimate source of Evil, and his followers as the worst kind of heretics.

Priests and worshipers of Dormin, regardless of class, refer to themselves as “Puritans”, because of their insistence that the worship of one god is more “pure” than the popular Catholic faith. While hunted mercilessly in England and France, the Puritan heretics have been harder to oust elsewhere in the Empire, largely due to their alliance with the various Colossi that serve Dormin, and can often be found publicly preaching their nonsense about damnation and the existence of an afterlife in distant colonies.

Note: Regardless of deity or domain, no Catholic character can cast the Raise Dead spell, nor any similar spell with a casting time of 1 minute or greater that would restore life to a dead character (see Life, Death, and What Comes After). Dormin is the sole source of such spells in the world of Beyond the Shore. 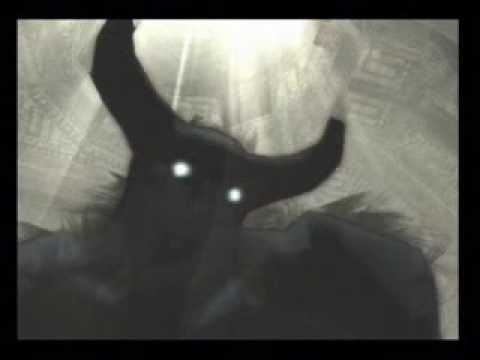