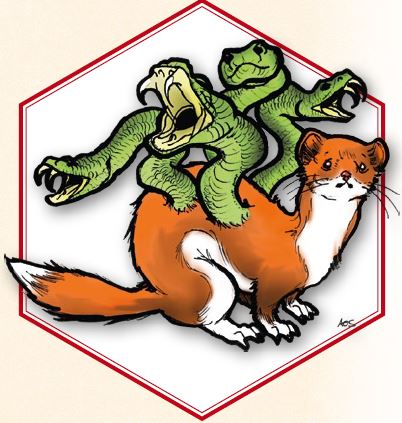 Wihara Nakahi look like wolf-sized weasels, about 6 feet long and weighing up to 180 pounds, with four large-fanged vipers growing out of their shoulders and back, menacing those around them. While the snakes are illusory, and cannot do any harm, the Wihara Nakahi is still dangerous, having hardened, razor-sharp claws capable of burrowing through solid stone. Wihara Nakahi are active and tenacious predators, and have a reputation for being as clever as they are quick. Both highly aggressive and extremely territorial, they frequently attack creatures that are much larger than they are.